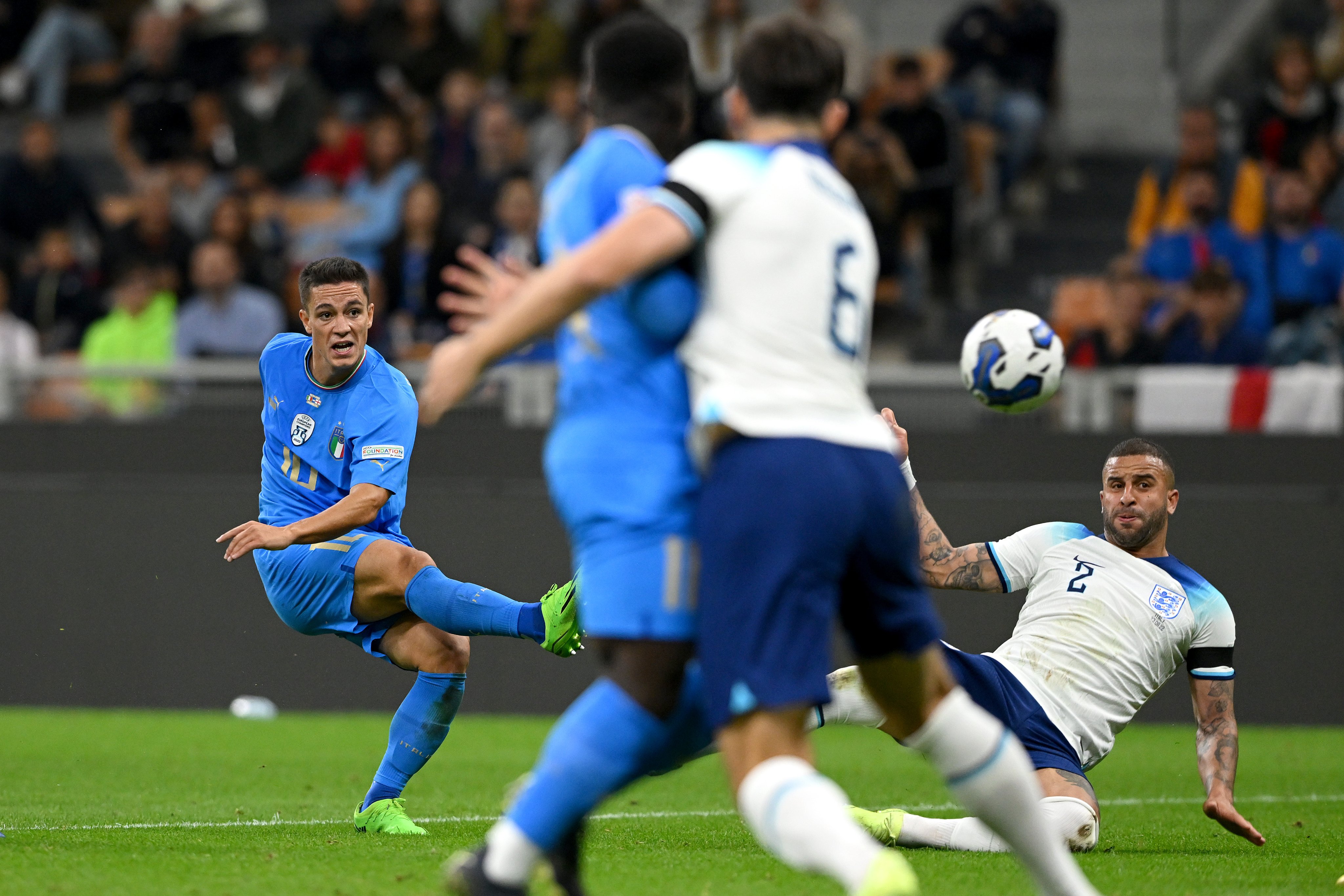 Roberto Mancini’s side face Hungary in Budapest on Monday and will make the final four with a win, which would be a small boost for the Azzurri after missing out on their second straight World Cup. England will be in Qatar in November but defeat in Milan sent Gareth Southgate’s side down to League B after another flat display in which they barely created anything.

They are four points behind Germany, who sit third after losing to the Hungary and will play a dead rubber with England at Wembley while Italy try to make the final stages. Triumph at Euro 2020 seems almost a lifetime ago for Italy, who have been going through a crisis of results and confidence since they brought the trophy home to joyous crowds in July last year.

Mancini has been trying to rethink his team after the humilation of not qualifying for this winter’s World Cup, but his squad selection was hampered by a host of injuries to key players in the lead up to the match which forced to him to switch to a back three. Ciro Immobile was the fifth player to pull out injured in the run up to Friday’s match and his replacement Gianluca Scamacca was unlucky not to give Italy a fifth-minute lead when his close-range header was tipped off the bar by Nick Pope.

Italy were on the front foot for the opening quarter of an hour but England slowly began to gain a football after being surprised the hosts’ fast start. England knew that a defeat would send them down but despite dominating the ball their difficulties creating chances continued, with Harry Kane blasting over from distance their highlight from an uneventful first half.