GIROUD STEPS UP FOR MILAN

French striker Olivier Giroud has been able to step up for Italian Serie A giants AC Milan on the big stage in the last two games with a return of four goals. In the absence of first choice striker Zlatan Ibrahimovic from the squad, Ex-Arsenal and Chelsea star Giroud has stepped up to produce two important results for Milan within the space of four days. 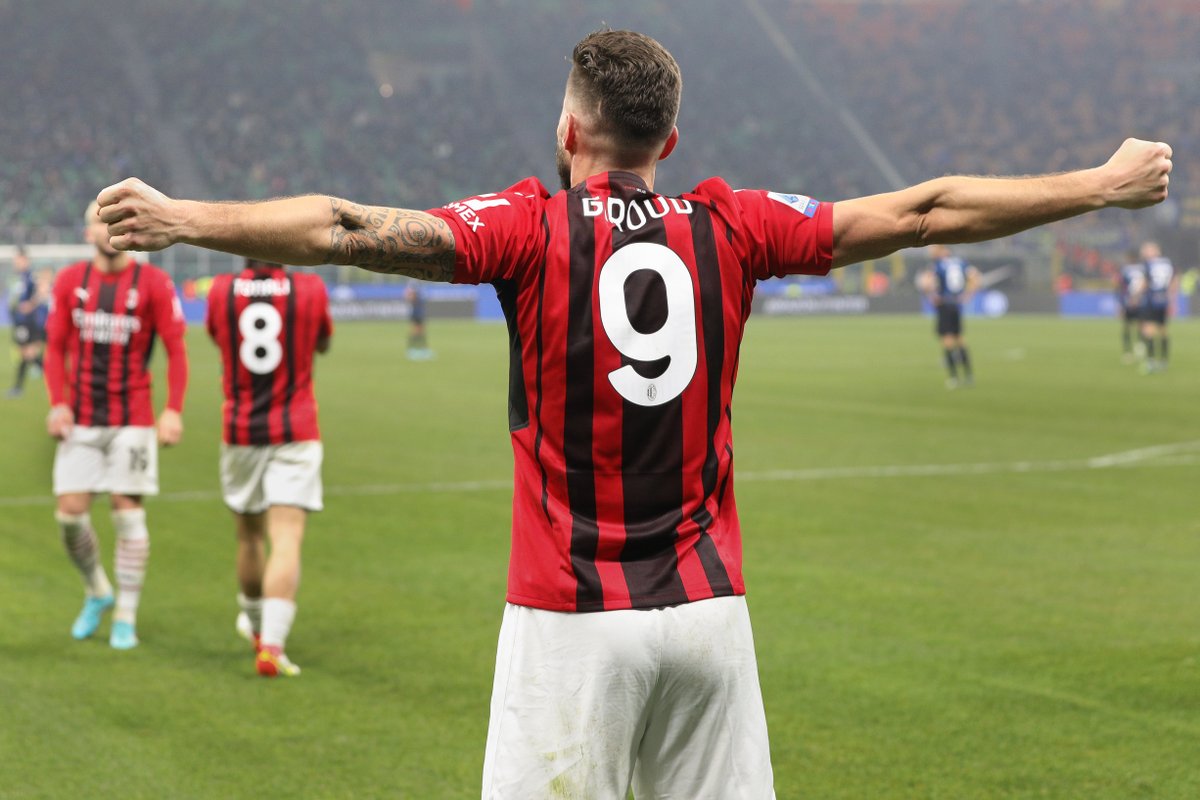 During the Milan Derby at the weekend, AC Milan were on the way to losing the league encounter before Giroud responded with two goals.Inter Milan took the lead through Ivan Perisic in the first half. The Croatia national team winger scored the first goal of the game with seven minutes left in the first half before the lead was overturned thanks to the Giroud show in the second half.

Giroud scored twice in two second half minutes to win the Milan Derby clash for his team via a 2-1 away victory. The comeback win over the Nerazzuri ensured that AC Milan move within one point of Inter Milan who are at the top of the Italian Serie A log though they have a game in hand. AC Milan are still in third place on the log due to an inferior goal difference to Napoli in second place. Napoli and Milan have the same points. Also, Napoli and Milan trail Inter Milan by a point and they have both played one more game than Inter Milan, the Serie A defending champions.

French World Cup winner Giroud has been the second choice striker behind Swede Ibrahimovic at Milan this season, but he has always demonstrated a good level of form whenever he’s needed to lead the line in the absence of Ibrahimovic. He made it four goals in two games with a second successive brace to lead Milan to the 4-0 home win over Lazio in the Coppa Italia quarterfinals on Wednesday.