Even without Gonzalo Higuain, Napoli is still in the top spots of Serie A

Napoli are currently positioned at the 3rd spot of the Italian League, Serie A with 67 points gathered from their initial 31 matches that have been played so far. 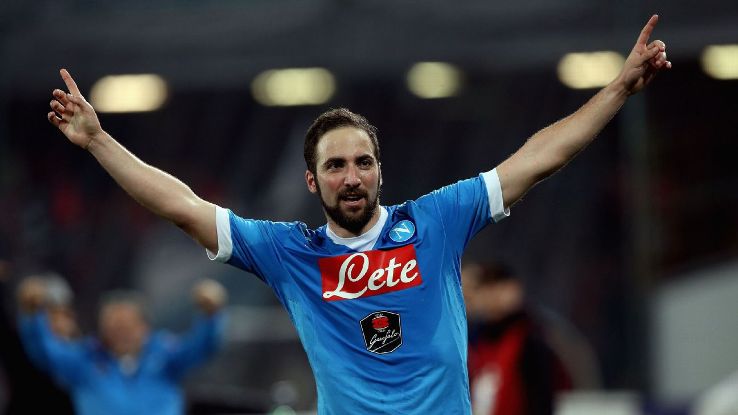 It has been a fairly impressive and memorable season for Mauricio Sarri and his men as they even managed to defeat Juventus in the 2nd leg of their semifinals for the Italian Cup, it wasn’t enough for Napoli to reach the next rounds as the aggregate score was 5-4 in favor of Juventus but nonetheless it still was a brave effort from Napoli as they were attempting to win the Italian Cup which they haven’t lifted since the season of 2013-14.

Mauricio Sarri is also leading his team to the top spots of the Serie A and even though Juventus have a significant lead over every other club, Napoli are sitting in a comfortable UEFA Champions League qualifying position for the upcoming season.

From the looks of it, Napoli will not be lifting any pieces of silverware in the current season of 2017-18 but by no means it means that their campaign has been a mediocre one, it’s the opposite actually as Napoli have proved to be able to compete against the top clubs in Italy and are able to keep up which is impressive taking into consideration that Gonzalo Higuain was offloaded to Juventus on July of 2016.

During Gonzalo Higuain’s last season as a player of Napoli, the Argentinean attacker scored 36 goals as he was the top goal-scorer during their campaign of 2015-16 and even after Napoli sold him to Juventus for a price tag of €90 million, Napoli has still managed to stay in the upper section of the Italian League, Serie A.