Arsenal faces off with Napoli at the Emirates on Thursday evening in what is expected to be a mouth-watering clash between two of the best teams in the Europa League. the Gunners are looking to make progress under new boss Unai Emery as they seek to make the Semifinals for the second year in a row. 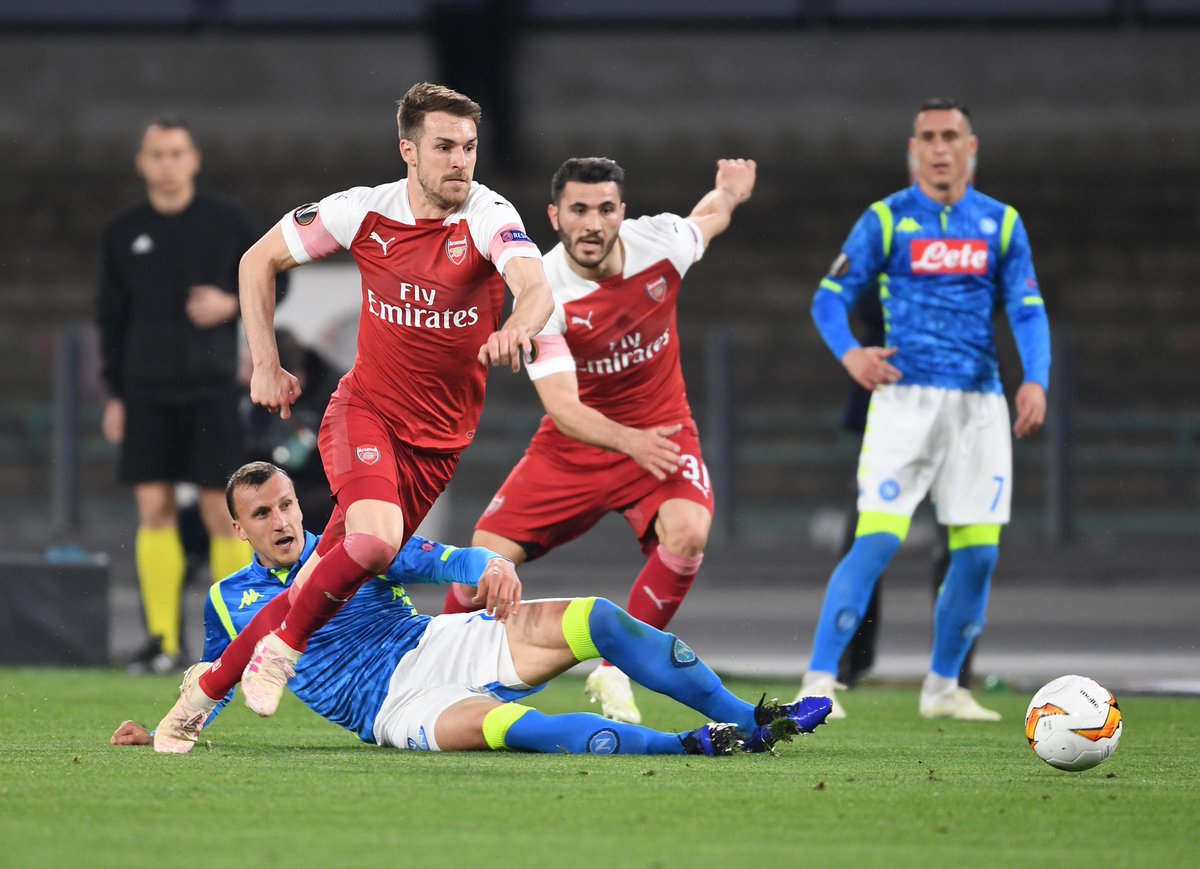 However, they would need to face a plucky Napoli side managed by wily experienced manager Carlo Ancelotti. The former Milan boss took over from Maurizio Sarri in the summer and has largely maintained the passing game initiated by his predecessor.

However, under Ancelotti Napoli have become more sturdy at the back as Ancelotti knows when to play it safe in big matches. The departure of talismanic midfielder Miralem Hamsik also brings a different combination in the midfield for the Naples outfit. One area where he can be confident is in defence where Kalidou Koulibaly is considered as one of the best defenders in the world.
Napoli also have a strong attack that has been playing together for a while with Lorenzo Insigne, Dries Mertens and Milik a good combination alongside Jose Callejon.

Arsenal boss Unai Emery, on the other hand, has a healthy squad to pick from having rested some players in the 1-0 defeat away at Everton last weekend. The Spaniard would be looking towards Pierre Emerick Aubameyang and Alexandre Lacazette for goals. While Aaron Ramsey and Mesut Ozil would be expected to pull the strings in the midfield.

Laurent Koscielny and Sokratis should start at the back able supported by Saed Kolasinac and Maitland-Niles in the full back position. Both teams are known for high pressing and a smooth passing style of play. We would expect Napoli to have good possession and the midfield tussle is going to determine who controls and creates chances in this match. We predict a score draw 2-2.