After almost 2 years at the helm, Carlo Ancelottifinally got the sack at Napoli. Former AC Milan coach, Gennaro Gattuso has been appointed as the new manager. Club president De Laurentiis in his typical dramatical manner made Carlo aware his services won’t be needed any longer at the club just few hours after Ancelotti’s squad beat Genk 4-0 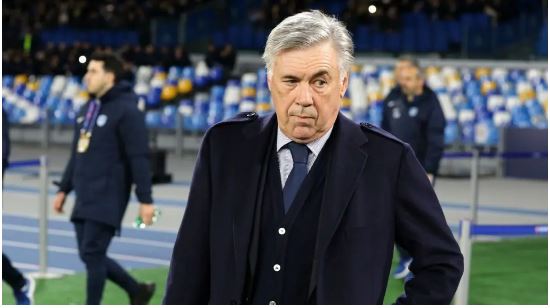 Gattuso could not manage Milan during his stint and other than the passion and drama he brings, it is hard to see what exactly made Napoli appoint him.

Ancelotti on the other hand, on more than one occasion hinted at his desire to return to England.

With Arsenal looking like an outfit begging for someone with a vision, landing the Emirates job would be Carlo’s biggest job yet. Everton has also been reported to be open to the idea of allowing the Italian take over the reins at Goodison Park.

For any sane decision-making board though, appointing Ancelotti at this point of his career after the poor results he has returned at nearly every team he’s coached for the past few years will be more of a step backward than forward.

Given the dearth of top coaches in Italy, perhaps it is not so surprising to see Napoli settle for a man like Gattuso who both as a player and a coach, screams more than he talks. The former Italy international presided over AC Milan when they badly needed a direction but ultimately, the poor form of the squad couldn’t justify whatever Gattuso was doing on the training ground and dressing room.

Napoli have qualified for the knockout stages of the Champions League but after fallen off their usual radar of breathing down on Juventus for the Serie A title, De Laurentiis can’t wait to have his lad motivated again.