Italian Serie A leaders AC Milan are sweating over the fitness of topscorer and talisman Zlatan Ibrahimovic after the veteran striker picked up an injury during the win over Napoli over the weekend. The Rossoneri were able to consolidate their place at the top of the table with a win over the Parthenopeansin their week eight clash at the San Paolo on Sunday night. 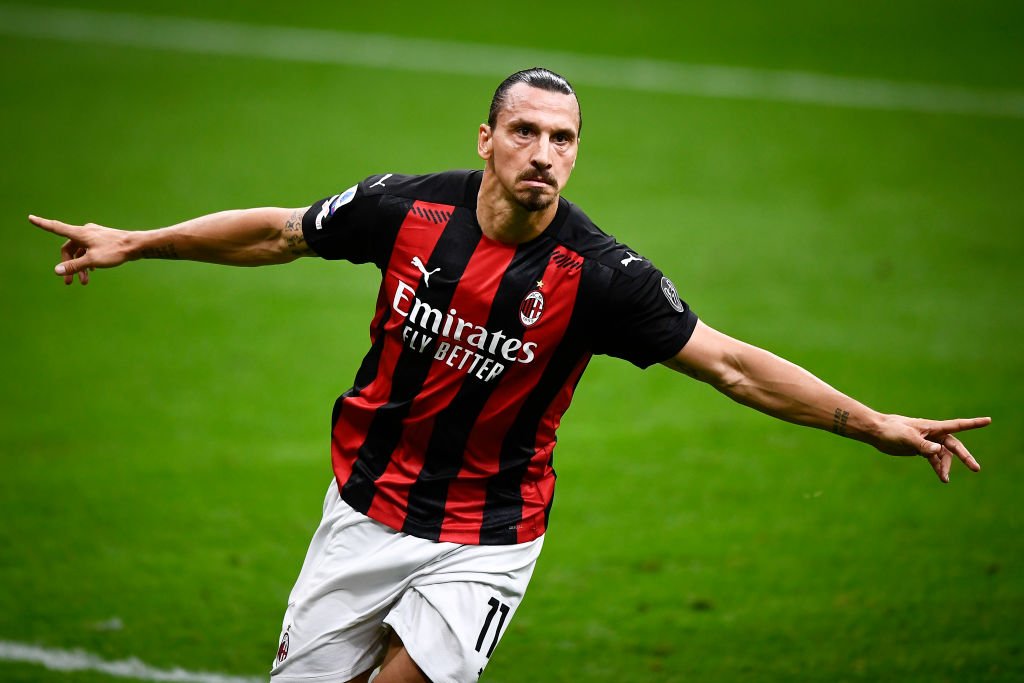 Ibrahimovic inspired Milan to a 3-1 win over Napoli away from home with a brace either side of the half-time interval. The Swedish football legend scored the opening goal of the game on 20 minutes before he added a second goal at the start of the second half. He scored the second Milan goal in the 54th minute before Napoli attacker Dries Mertens pulled one back for the hosts nine minutes later. Napoli were numerical disadvantaged shortly afterwards. TiemoueBakayoko is on a season-long loan deal from Chelsea and he received a second yellow card for a foul on left-sided defender Theo Hernandez for his marching orders. Napoli played the final 25 minutes with a man down.

Ibrahimovic had to be subbed off in the 78th minute after he went down clutching his left leg. Young Italian striker Lorenzo Colombo came on in his place. The severity of what looked like a muscle injury is yet to be determined for Zlatan but he’s almost certain to miss the Europa League meeting with hosts Lille on Thursday nightas the Rossoneri hope to avenge the 3-0 home loss suffered when the two teams met earlier this month. Depending on the extent of his injury, the 39-year-old could also miss the league games against Fiorentina, Lazio and Sassuolo.

Zlatan Ibrahimovic continued his good goalscoring form at Napoli over the weekend to become only the fourth player to score in each of their first six league games of the season. He has 10 goals in six matches.