English Premier League club Everton are now the latest side to join the growing queue of clubs interested in signing Napoli’s Senegal international defender Kalidou Koulibaly. The towering defender is a wanted man across Europe and has been linked with a lot of clubs in the last months following his crucial contributions at the heart of the Napoli defence. 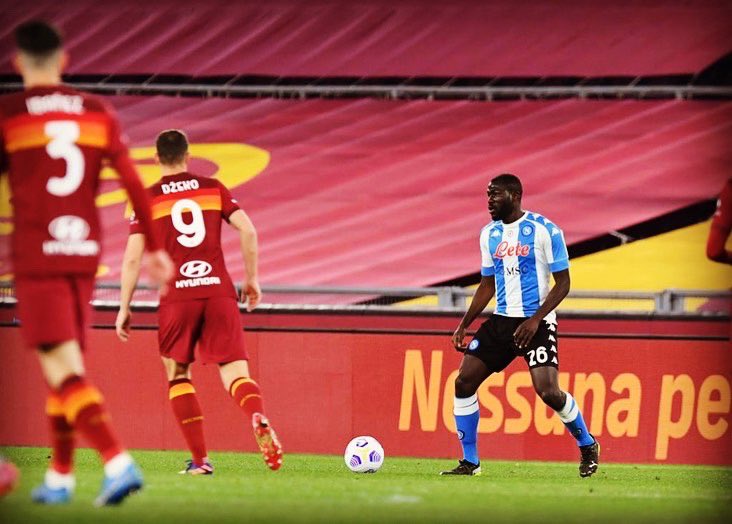 Since last year, the commanding central defender has been linked with a move to Manchester United, Manchester City, Paris Sait-Germain, Real Madrid, AC Milan, Barcelona, and Liverpool. He has now been identified by Everton manager Carlo Ancelotti as the man to lead the Toffee’s defence because of his very physical appearance and aggressive defensive capabilities.


It is reported that Manchester United have cooled off their interest in the defender ever since Napoli President announced that it would take more than £100 million for the player to be allowed to leave the club, while Liverpool also excluded themselves from the race to sign the player and instead went for a cheaper option back in January following the long-term injury suffered by the Reds’ captain Virgil van Dijk.

Real Madrid’s interest in Koulibaly has also cooled off as the Los Blancos want to try harder in convincing their captain Sergio Ramos to agree to a new contract at the Spanish club so that they would not be needing the services of their last season’s transfer target.

Everton would need to ready a bid of a little over £50 million if they are really serious about signing Koulibaly, and according to the Telegraph, they are well ready to pay such amount as long as it would guarantee them the acquisition of the highly-rated defender.

Ancelotti believes snapping up Koulibaly would be a marquee signing and has asked the Everton board to get the deal done as soon as possible.