Napoli striker Victor Osimhenwas on target against hosts Torino in the Italian Serie A clash played on Monday night but that didn’t stop him from setting an unwanted record in the Italian top flight this season. 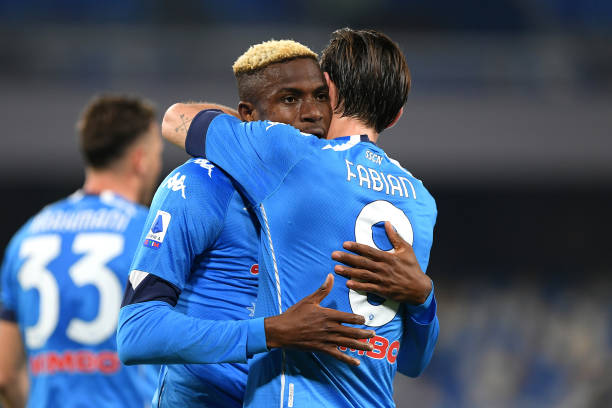 Super Eagles of Nigeria player Osimhen became the most expensive player in the history of Napoli when he signed for the Italians last summer. The Nigerian attacker joined Napoli from Lille in the French Ligue 1 at the start of the season.

According to Whoscored, Osimhen set a new record for the highest number of clear-cut chances missed during the trip to Turin to take on Torino earlier this week. He missed four clear-cut opportunities against Torino and it is a record in the Italian top flight this season.

Osimhen didn’t have the best of starts to his career at Napoli due to some injury problems but he has been able to recover from his injury woes to return to his best form and aid Napoli in their quest to return to the Champions League at the end of this season.

Napoli manager GennaroGattuso has been under pressure at times this season but it looks like the retired Italian international midfielder is closing in on a Champions League spot for his team. There has been reports claiming that Gattuso won’t be at Napoli next season. However, his immediate concern is Champions League qualification.

TiemoueBakayoko and Victor Osimhen scored within the two first half minutes to give a Napoli a 2-0 away win over Torino. Hosts Torino finished the game with ten men after Italian midfielder Rolando Mandragora. The win took Napoli above Juventus and AC Milan into third place in the keenly contested Champions League race. Napoli, Juventus and Milan all have the same number of points with five games left to play this season.