Napoli owner Aurelio de Laurentiis has confirmed that Kalidou Koulibaly has put pen-to-paper on a new five-year contract with the Serie A club. The Senegal international has been constantly linked with an exit over the past couple of seasons but De Laurentiis has now confirmed that the club have turned down offers from three separate clubs to keep him at Naples.Speaking to Sky Sport Italia, De Laurentiis said: “Koulibaly, who is the best in his role, has renewed with us for the next five years. We said no to a €90m offer for him, there were three teams ready to take him.” 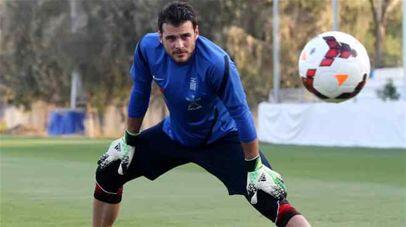 Meanwhile, De Laurentiis, who has recently taken over Serie D side Bari, confirmed that negotiations are underway with the representative of goalkeeper Guillermo Ochoa, though the deal is far from being completed, he added: “As for Guillermo Ochoa, we were with his agents and I hope for arrivals, but there’s been a lot to do in the past two days because Napoli is in my heart and now I have to rebuild Bari without even seeing. Bari will never take time from Napoli though.”

Napoli had to part ways with Pepe Reina earlier in the summer after his contract expired and they have since recruited the likes of Alex Meret and Orestis Karnezis on loan from Udinese. Despite this, they have not entirely ended the pursuit of another top-class shot-stopper and this has witnessed them linked with the likes of Petr Cech and Simon Mignolet.

Cech was heavily tipped to make way from Arsenal shortly after the summer signing of Bernd Leno but he has supposedly made his mind up to stay put with the north London giants. On the other hand, Mignolet appears more likely to leave Liverpool after recently becoming their third-choice goalkeeper behind Alisson Becker and Loris Karius.