Super Eagles of Nigeria striker saw a red card in the first game of the new Italian Serie A season in the colours of Napoli but the numerical disadvantage didn’t do a significant damage to his team who were able to beat newly promoted team Venezia 2-0 at home. Napoli were impressive in their win over the lowly opposition as they had to secure the win with ten men. 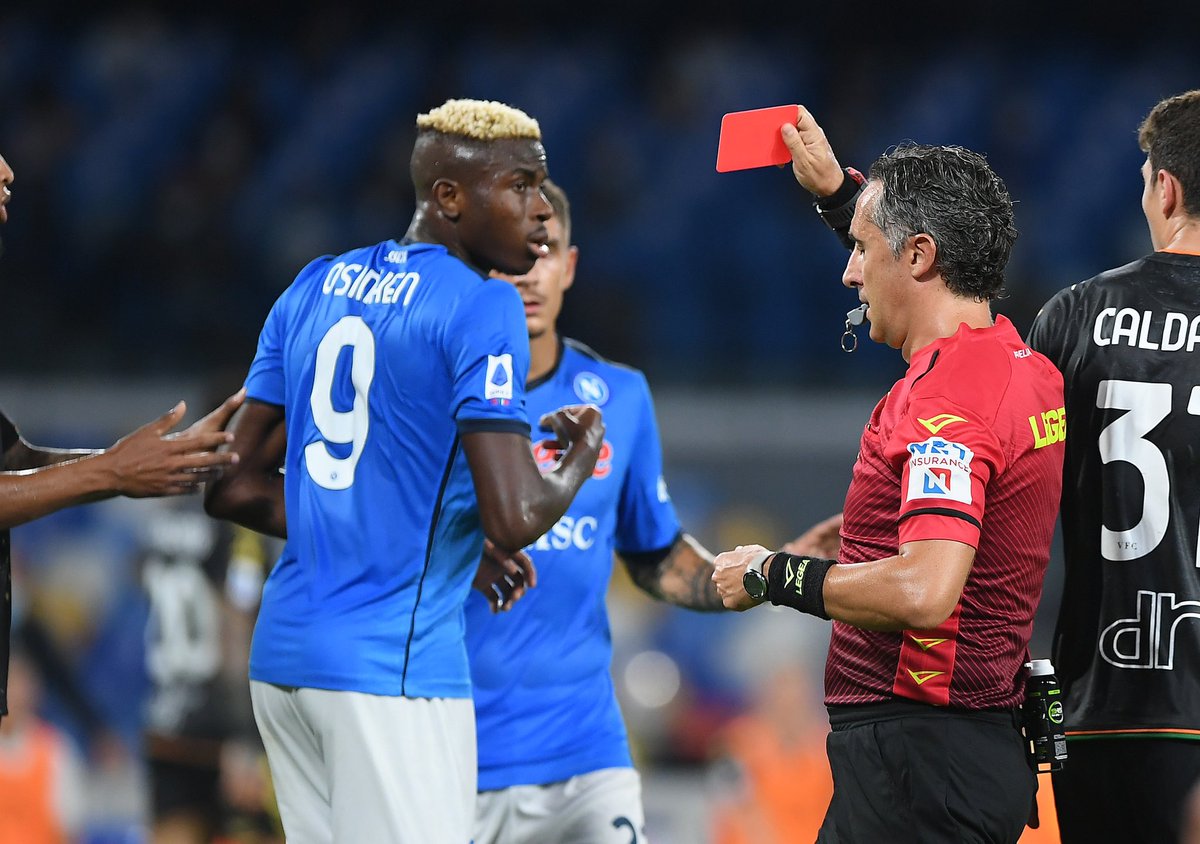 Osimhen started the new Italian Serie A season as the main man for Napoli before he was sent off for dangerous play midway into the first half. Venezia were unable to make their numerical advantage count as 10-man Napoli were too good for them.

Napoli could have taken the lead through Italian national team player Lorenzo Insigne on 57 minutes but he was unsuccessful with his penalty. Insigne was impressive for Italy as they won the Euro 2020 tournament in the summer. Insigne could not convert the spot kick awarded to Napoli twelve minutes into the second half.

Insigne had a second opportunity to score from the penalty spot five minutes after his unsuccessful attempt and the Italian player didn’t make any mistake as he gave Napoli the lead with ten men. EljifElmas added a second goal on 73 minutes to clinch the three points for his team.

The first red card to Osimhen didn’t deter Napoli from the challenge of starting the new league season with three points in the Serie A.

In the pick of the other Serie A games played at the weekend, defending champions Inter Milan began the defence of their league title with an emphatic 4-0 win over Genoa. Milan Skriniar, HakanCalhanoglu, Arturo Vidal and EdinDzeko were on target for Inter Milan during the game. Calhanoglu and Dzeko both scored on their debut for the Nerazzuri.